Interest rate could hit 6% by 2020 by Neil Sharma 04 Oct 2018
Interest rates could hit 6% by 2020, according to Moody’s Analytics.
The prediction, using RPS data, is based on policymakers realizing plans to quell housing bubbles in Toronto and Vancouver, as well as on rising interest rates.
“Two macroeconomic projects now dominate housing markets in Canada,” said Andres Carbacho-Burgos, a Moody’s economist. “The first is that the [Bank of Canada] will continue to tighten short-term interest rates through 2020 in order to head off inflation and also maintain the value of the Canadian dollar relative to its U.S. counterpart.
“With some lag, monetary tightening will pull up mortgage rates. The five-year mortgage rate is now at about 4.4% after bottoming out at 3.6% in mid-2017; the Moody’s Analytics baseline projection is that it will continue to increase until it levels off at about 6% in late 2020.”
Prolonged North American Free Trade Agreement negotiations have only deferred the Bank of Canada’s rate hiking mandate, but with the federal government this week finalizing a new deal, the United States-Mexico-Canada Agreement, there will almost certainly be a hike on Oct. 24.
“Overall, when it comes to the new USMCA, it’s going to affect the housing market because interest rates are bound to go up,” said Samantha Brookes, founder of Mortgages of Canada. “The Bank of Canada was holding back the rate until there was an agreement. Now, we’ll get increases based on the way the economy has been performing, and what that means for Canadians is interest rates will go up and prices will continue to adjust.”
That will likely make conditions favourable for buyers as the market continues recovering from the shock of so many changes.
“I believe it will probably take until 2020 until we see some light at the end of the tunnel,” she said. “But that’s based on the correction that’s been happening over the last year. People need to be more creative with how they’re purchasing.”
This could give further rise to co-ownerships in the housing market.
“It’s becoming more and more popular,” said Brookes. “Be creative and you’ll still be able to get in. We all know real estate is still the number one investment, and it will be
time to hold onto that investment rather than flipping it for a quick buck. It’s too risky for that right now, so buy and live in your home for a few years until the market corrects.

Back to Main Blog Page

Be in the Know!

'I have known Dennis for many years and we have referred each other business. Dennis takes good care of his clients and makes sure everything is do..."

This is my third mortgage with Dennis. Every time that I deal with Dennis I know that he is getting me the best available rates and terms that suit..."

'Nini Luigi Degani Thank you very much Dennis for having taken my uncommon mortgage situation to the best closure possible, given the complexity of..."

Provided us with great service. We have been with Dennis for over 10 years now. He is very knowledgeable, has always found us much better rates th..."

Hi Dennis, Thanks again for helping Dan & Christina with their financing for that deal. It is unfortunate that it was bumped out by another offer. ..."

'My name is Barry Lynch I was referred to Dennis to help out with my family obtaining a mortgage. Everybody else said it could not be done the bank..."

Always looking forward to seeing him. We have been using Dennis as our mortgage broker for many years now, and always, he is knowledgeable, and up..."

Hi Dennis, Thank you for reaching out to me. We were very happy working with you for our mortgage. You were professional, efficient, friendly, he..."

Amanda Jones 5starDennis was AMAZING to work with! He got me a great mortgage, great rate and FAST when the bank I had been dealing with for years..."

Dennis Is great to work with, he is very knowledgeable and above all, he cares! Dennis will take the time to explain the process to you in a way t..."

'Getting a new mortgage can be a very stressful experience, and for us it was. Dennis attended to our every need, got us a very good rate, and made..."

Angela Spadafora Sales associate at Lastman's Bad Boy Dennis is a very reliable professional and very knowledgeable in his area. His service inc..."

5 starOutstanding Service! Dennis provided outstanding service to us during the purchase of our new home. He is very attentive, professional, knowl..."

Larry Gwynne MD FINANCIAL CORPORATION I have done many mortgaqe deals with Dennis and found Dennis to be very professional and honest."

Andrea Marshall —Thank you Dennis for your tremendous help with my mortgage! You provided excellent customer service, were always so prompt to re..."

“In my dealings with Dennis I found him to be a compassionate professional with a sincere desire to help his clients realize their objective. A c..."

Hello Dennis, I was out of the country for the past three weeks and today is my first day back to work. Thank you for the card which I received on ..."

Excellent service, great rates and attention to detail. You walked us through everything so there were no surprises at all. We're grateful that we..."

Sandra O'Donohue Dennis is very professional in his approach to dealing with clients looking for a mortgage, whether commercial or residential prop..."

I've known Dennis Street for over 20yrs and he is one of the most honest, hard working professionals that I have ever dealt with. Dennis provides t..."

Reaza Ali I've known Dennis Street for 14years as a respected Mortgage Professional who takes the time to thoroughly understand his client’s need..."

Rick Langdon Dennis is not only a complete professional at what he does, he goes the extra mile to look after his customer first and makes an other..."

I have worked with Dennis for over six months and have found him to be a person of high integrity and good business sense who conducts himself in a..."

We wanted to get a mortgage through our bank but came across your website on the internet. Are we ever glad we did. We saved literally tens of thou..."

Tracey Maxwell Dennis Street has handled my mortgage needs for my last two homes and is always available for excellent advice and first rate custo..." 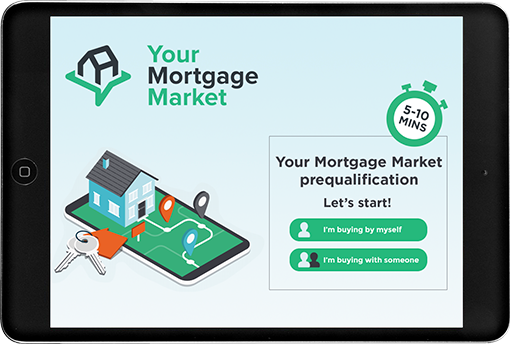